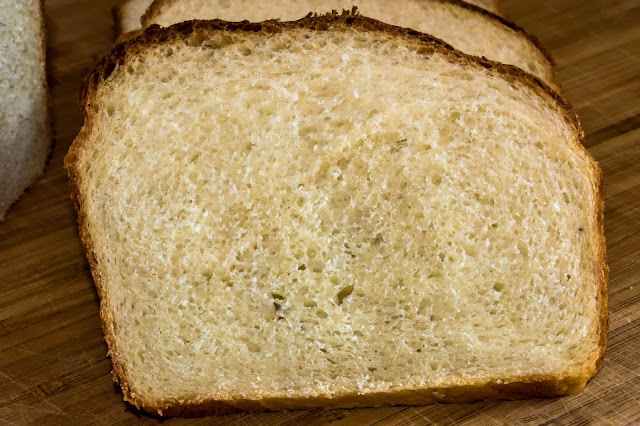 Rose's Banana Feather Loaf.  As in "light as a feather."  This is a deliciously light sandwich bread that's made with a banana.  People seem to differ as to how noticeable the banana flavor is.  I thought there was more than a hint of banana, which got even more definite when the bread was toasted.  This is not at all bad, but it does somewhat limit its versatility.  As someone pointed out, "It's not the ideal bread for a tuna melt," although I've never tried it that way, so I can't say for certain. 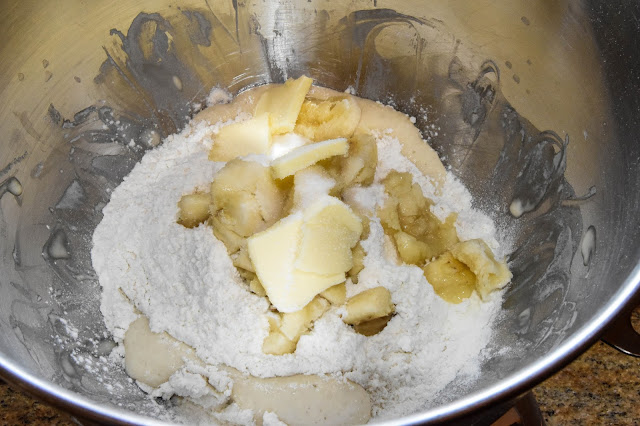 It's made as so many breads in The Bread Bible are made--with a sponge starter:  a fun and foolproof method of getting extra depth of flavor without using a sourdough starter or biga.  Flour, yeast, and water (or other liquid) are mixed to a paste, and are covered with a blanket of more flour and yeast and salt.  After the bottom layer starts to bubble up and surround the flour layer, you can either go ahead and make the bread or let it do a slow rise in the refrigerator, up to overnight.  This allows you to be in charge of the timing of your bread. 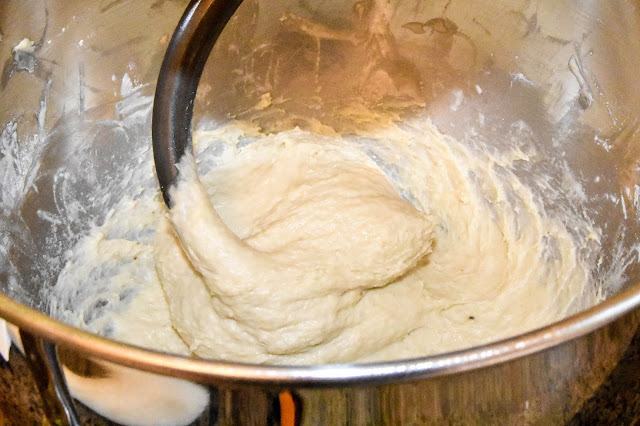 After you add in mashed banana and butter, you end up with a malleable, not-too-sticky dough. 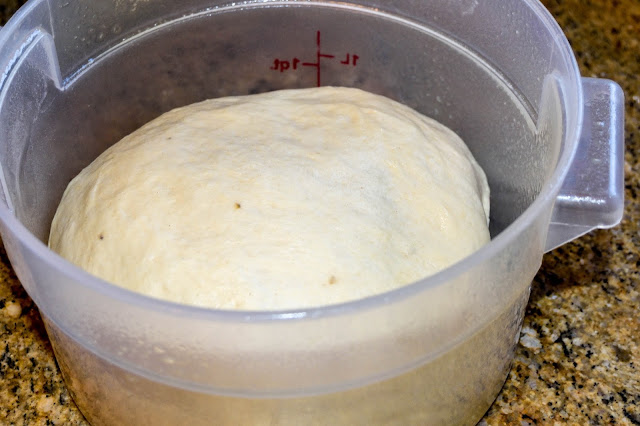 Which rises nicely.  Those dark flecks are just part of the mashed bananas. 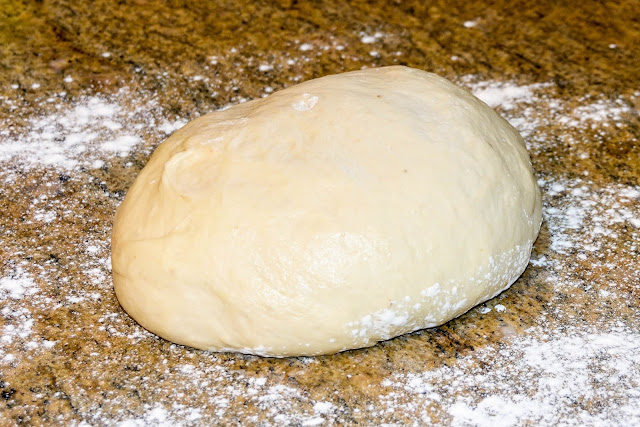 Then it's shaped into a loaf, and it rises again. 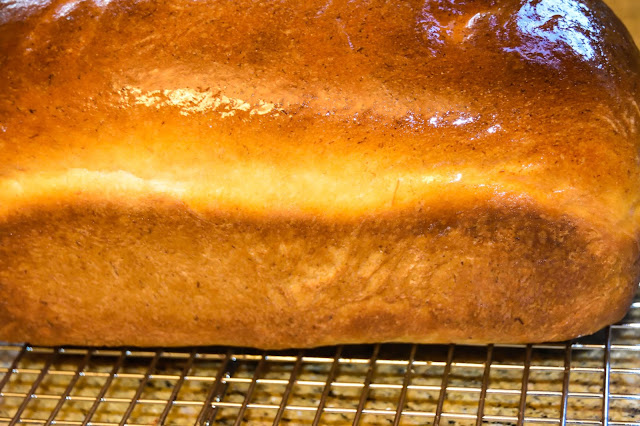 After being baked and brushes with melted butter, it's a pretty, shiny, appetizing little loaf.  It makes a smallish loaf and likes to have lots of color.  I like a golden brown loaf, with emphasis on the brown, but if you like your bread at the paler end of the spectrum, you may want to lower the heat after just a few minutes at the initial high heat. 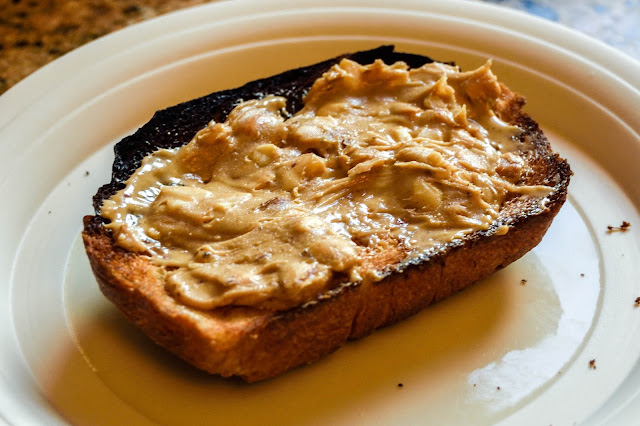 This tendency to over-brownness especially applies when you're making toast.  (Toast with peanut butter may be the ideal way to eat this bread).  You do have to watch the toaster or you'll end up with burned edges.  And I mean burned, not just dark brown.    Not too serious, as long as it's just around the edges.  Fruit, carbs, and protein, all in one slice of toast!  Efficiency at its finest.