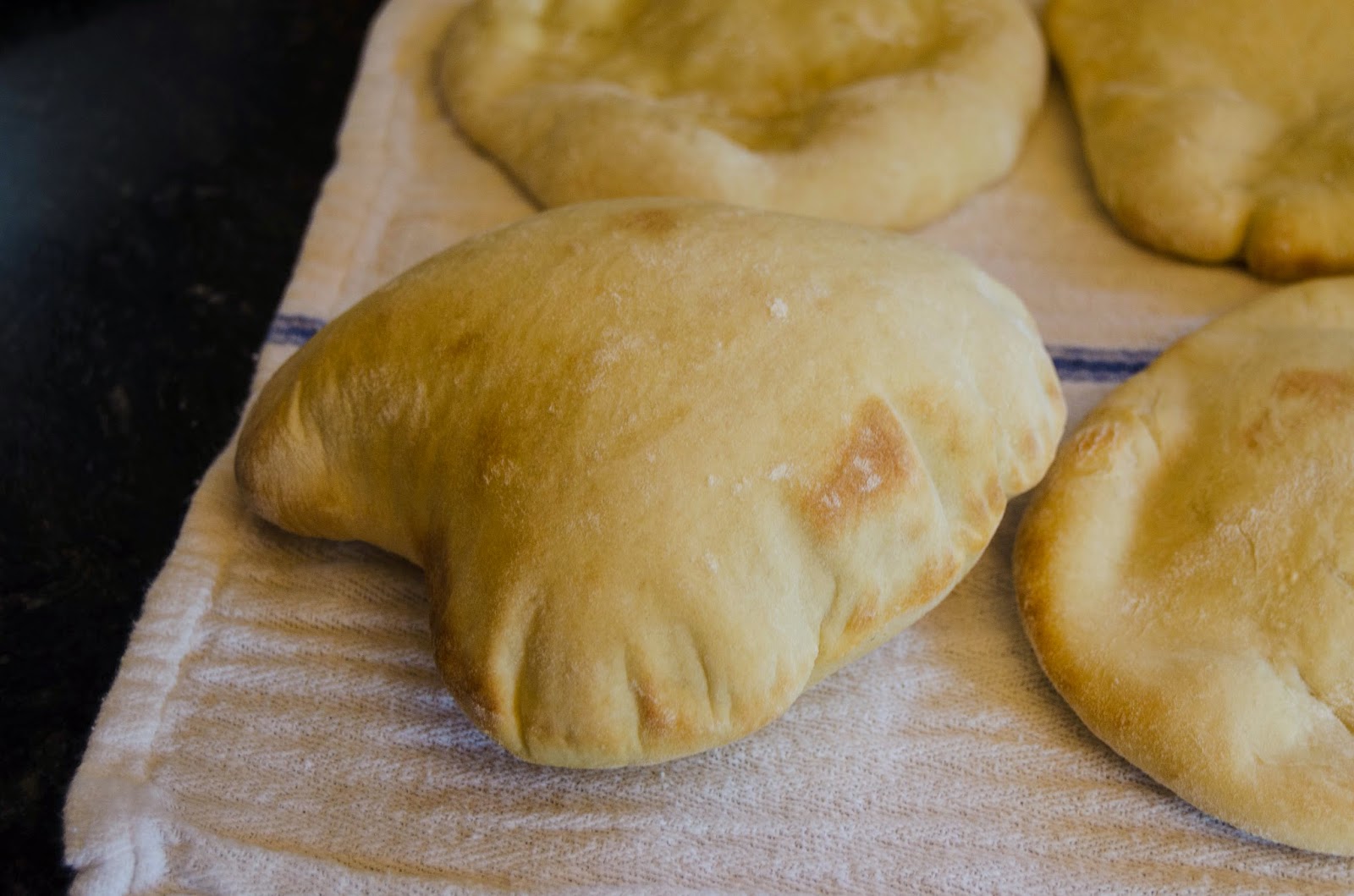 When I made pita bread in my first go-round of The Bread Bible, I wasn't even using photos.  I envisioned writing a paragraph or two about each bread, and it wasn't until the fourth or fifth week that I started using photography.  That is, I started Jim's career as a food photographer.  This time he took 59 photos, not counting the ones he discarded, for me to choose from. 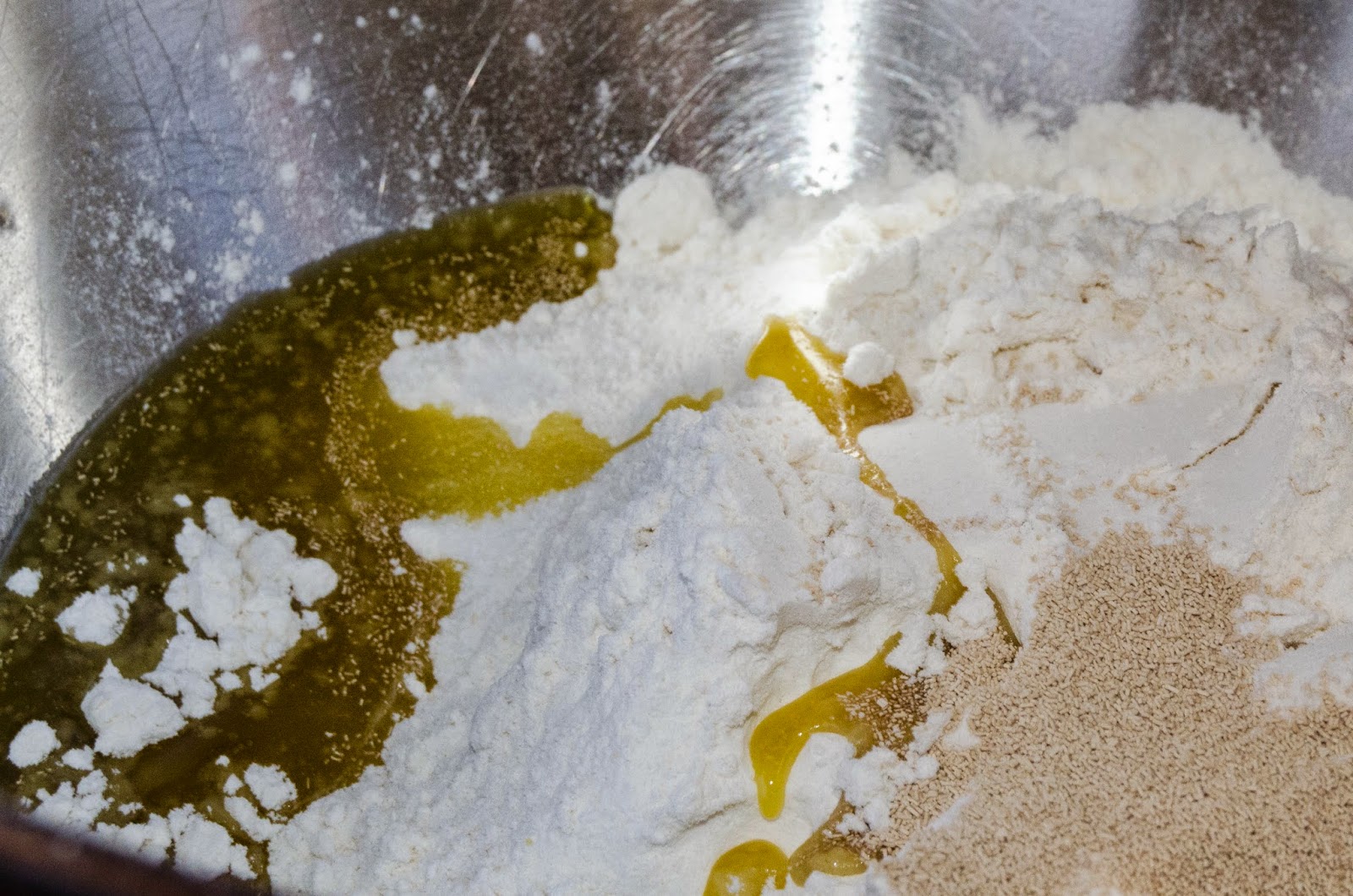 This is about as basic as bread dough gets:  flour, water, salt, and yeast (with a bit of olive oil thrown in). 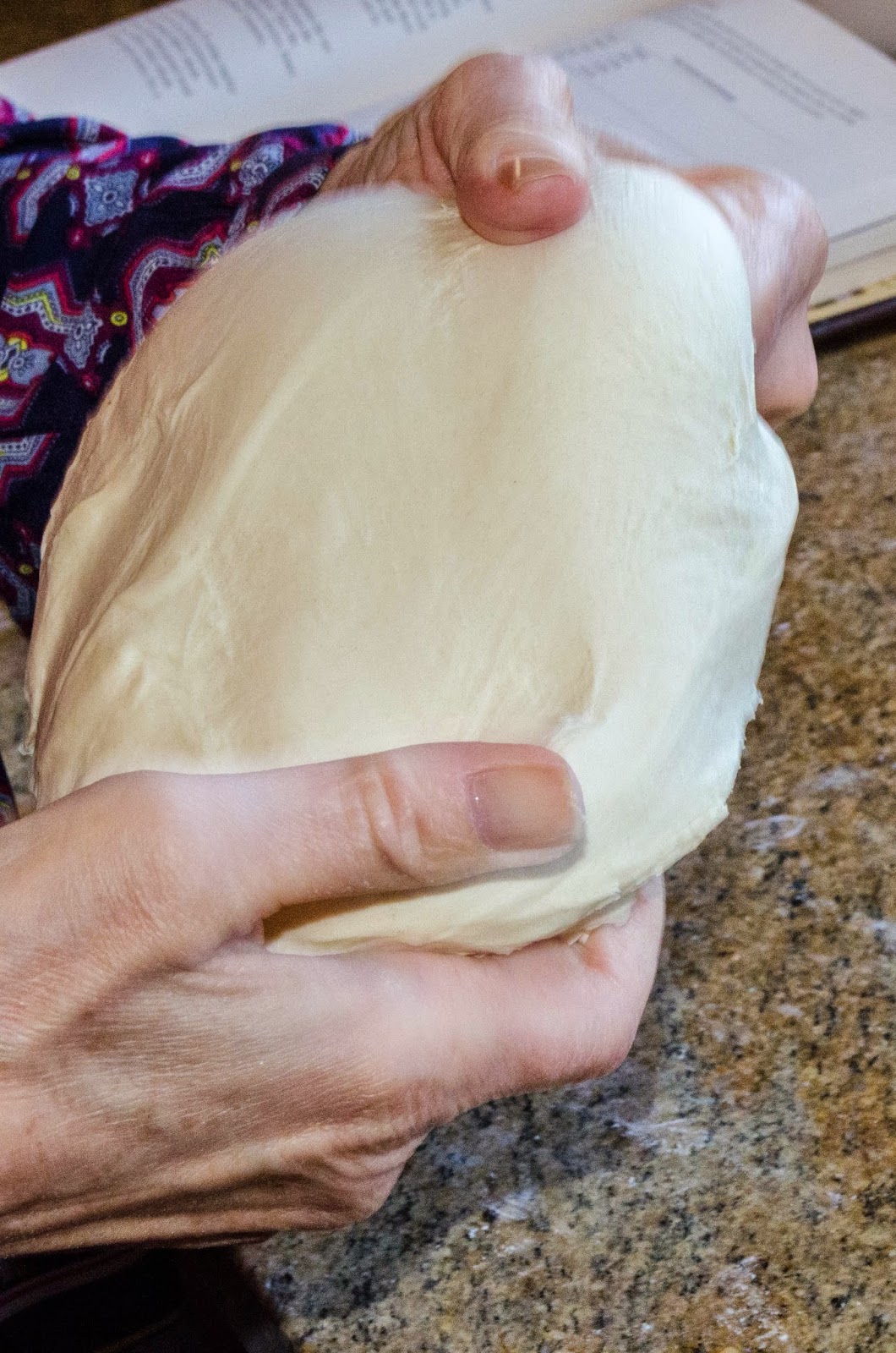 After 10 minutes in the KitchenAid, it's soft and shiny and lovely to stretch.  I added just a few grams of extra water to make it a bit stickier. 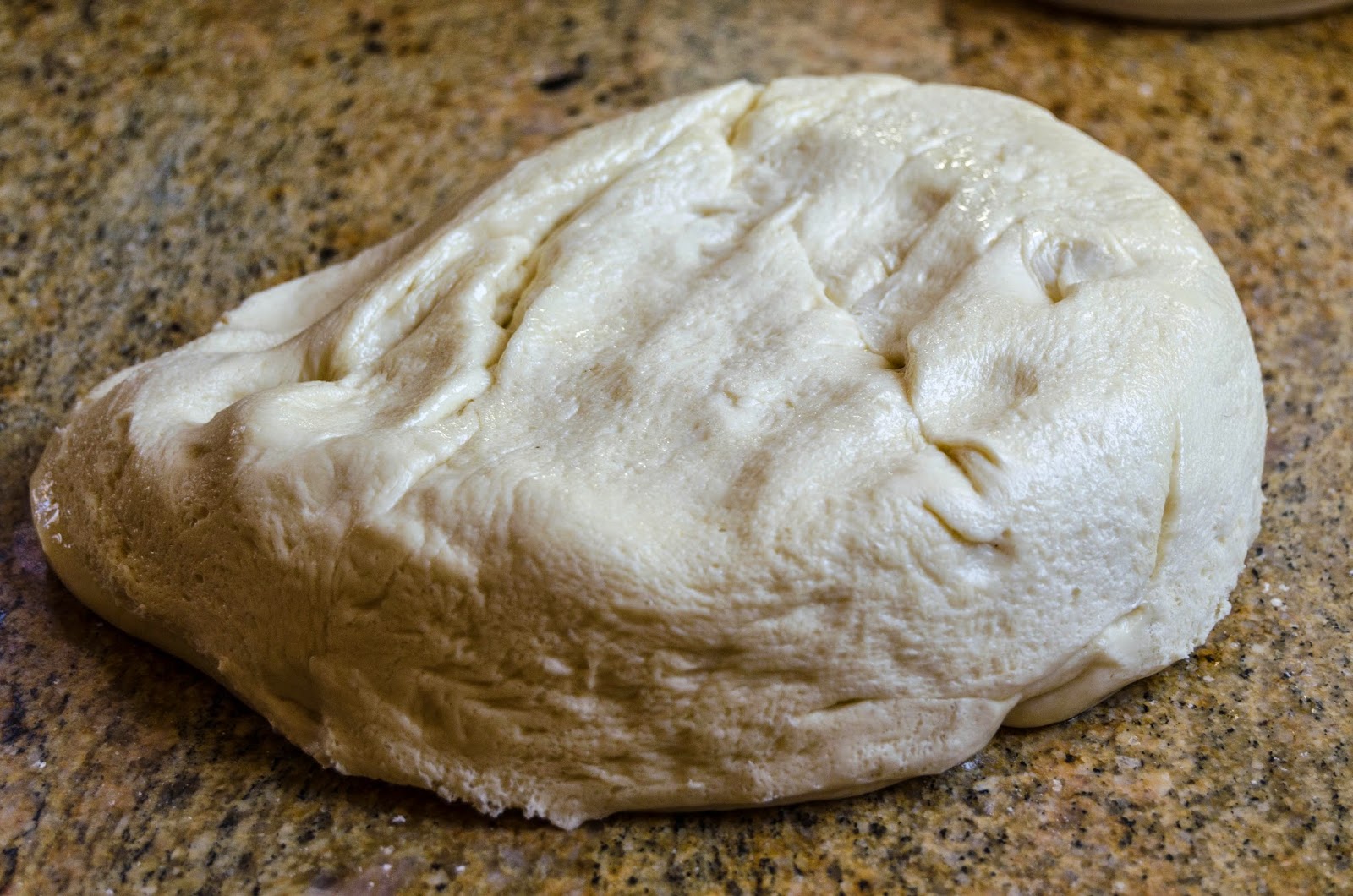 After being in the refrigerator for 24 hours, it's grown, even though it was brutally punched down for the first few hours of its stay.  Apparently pita bread dough has a masochistic streak. 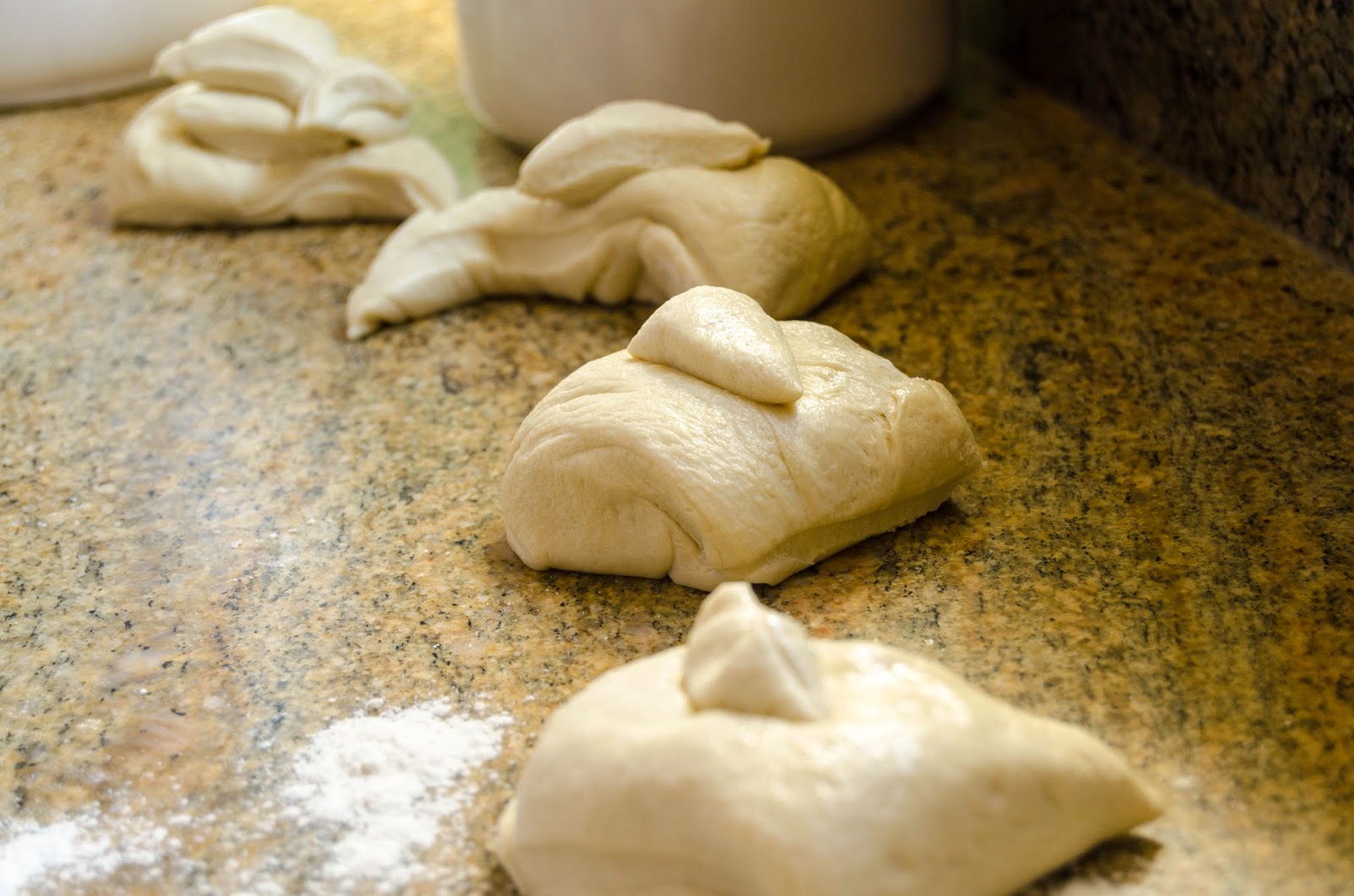 This looks like I'm trying to make pita croissants, but I'm just cutting off bits of dough to make every piece about 100 grams.  (I made the six-inch size). 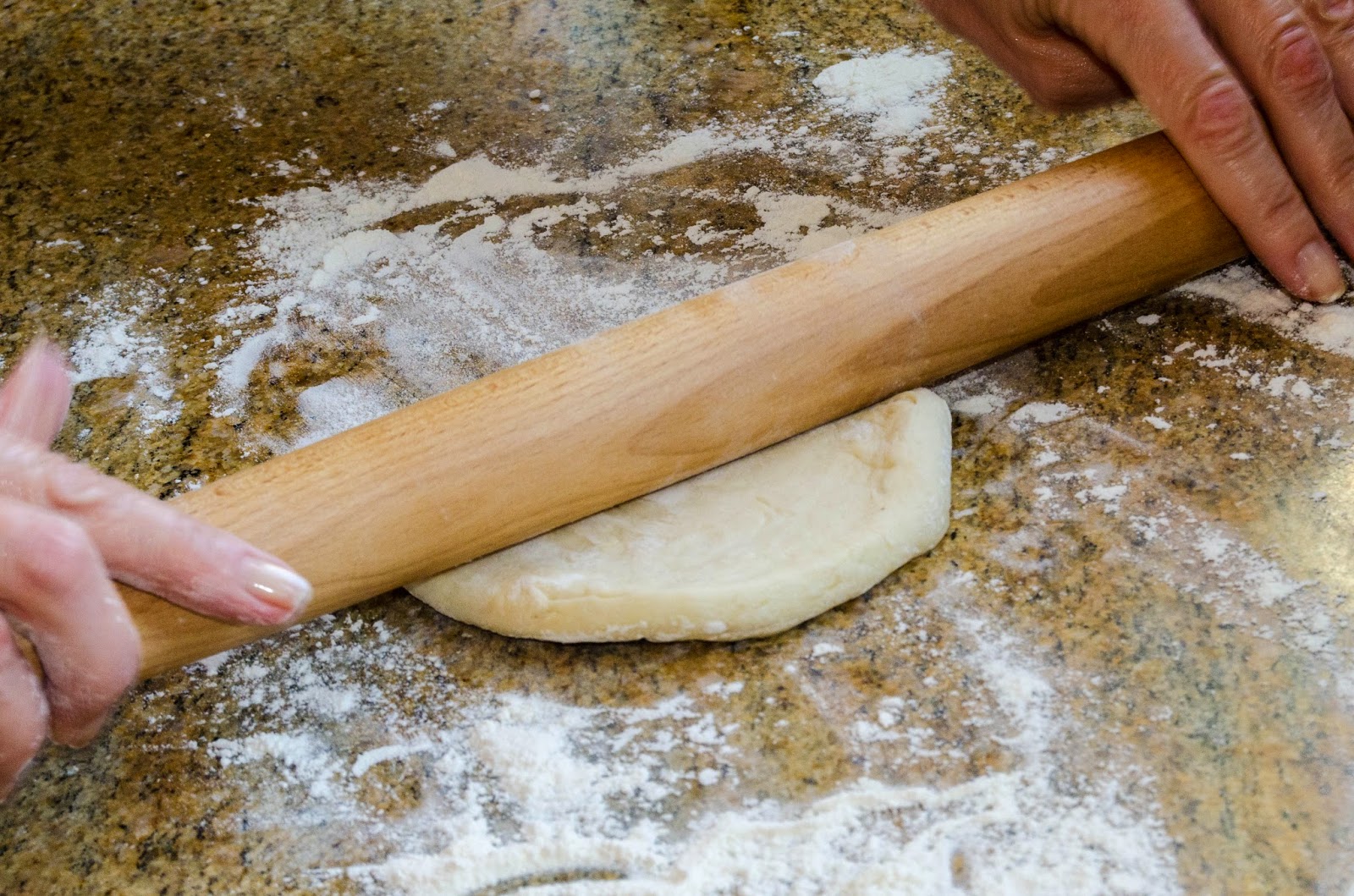 My favorite rolling pin has tapered edges, so Woody doesn't think I should use it for pie crust.  Neither does Jim.  They both claim that it will lead to uneven dough, but it's French, and they should know what they're doing, right? 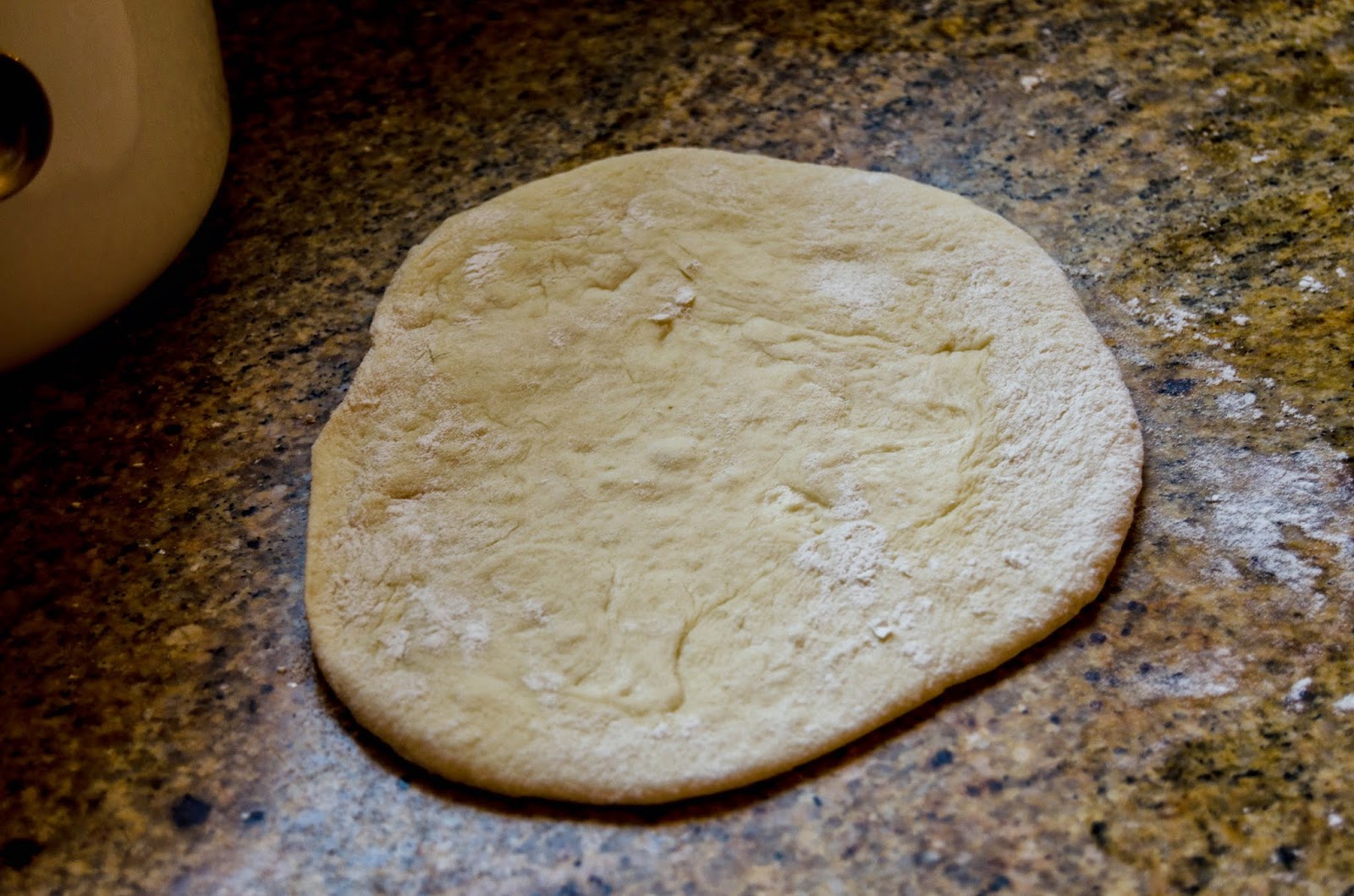 One of my more evenly rounded attempts, and my oven test case. 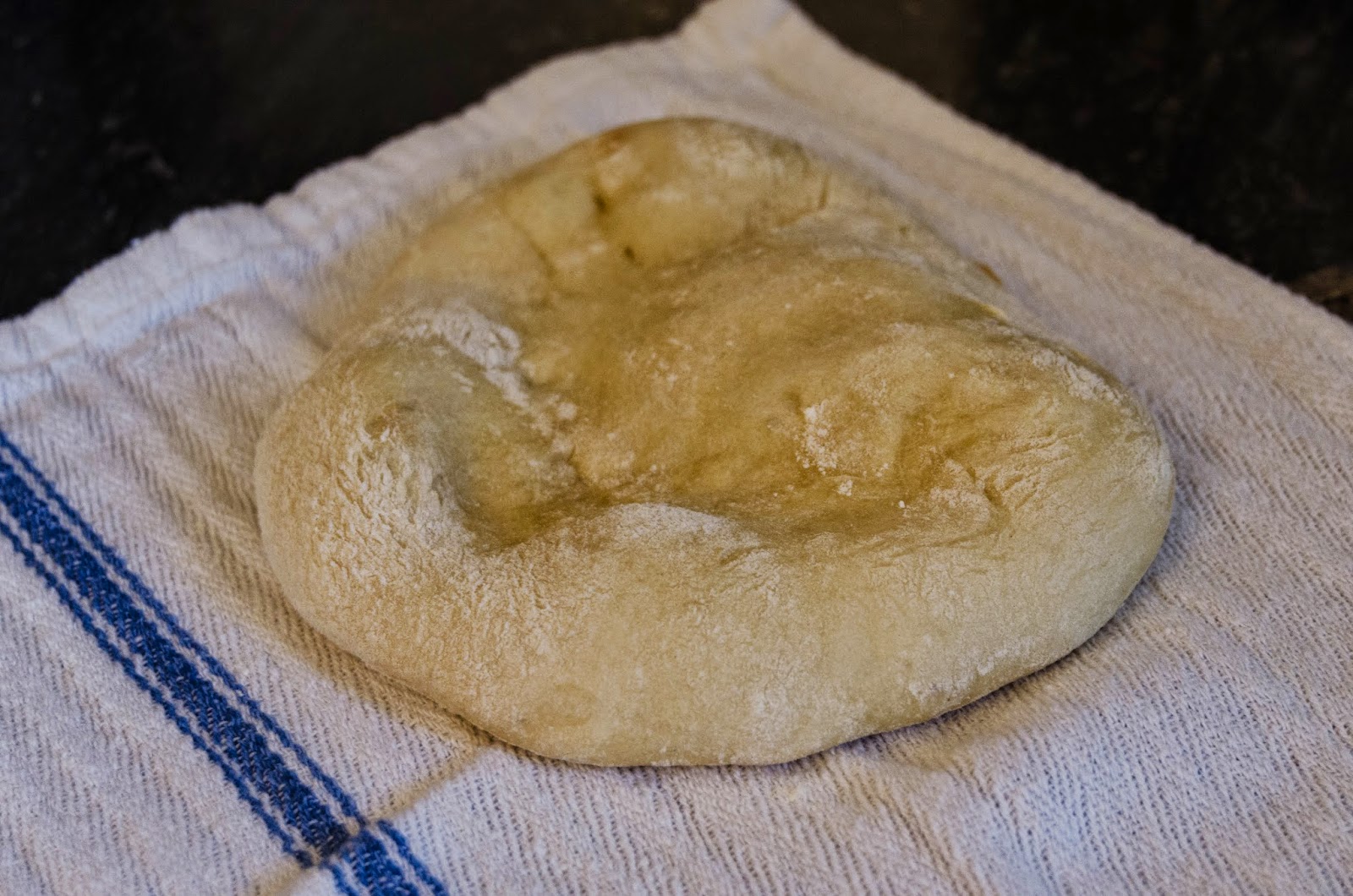 This is how it looked after 3 minutes.  It looks a little doughy in the middle, but it was actually done.  I baked the rest of them for 4 or 5 minutes, though, and they puffed a little more. 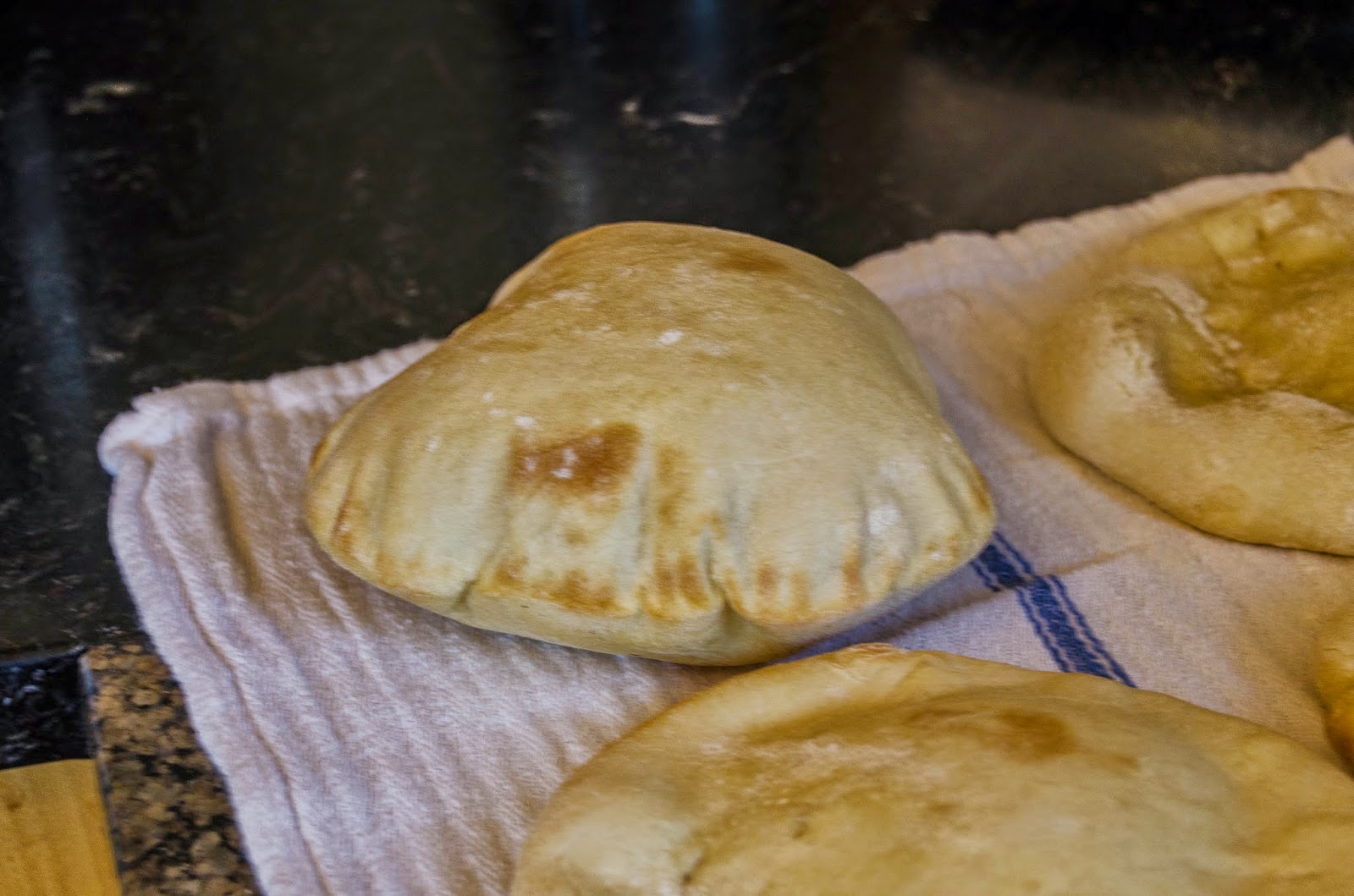 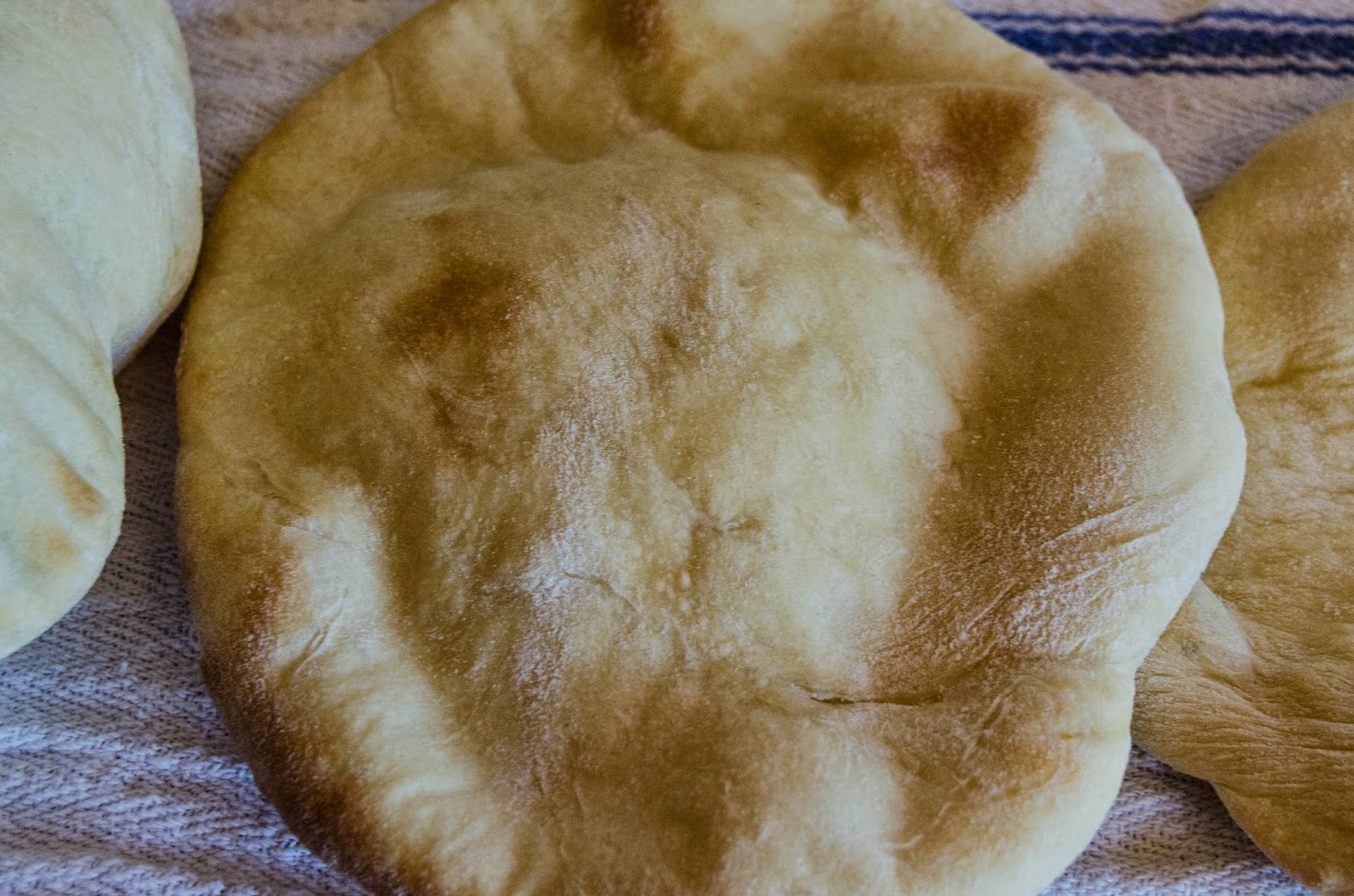 At 5 minutes, they definitely get some color, but I preferred them that way. 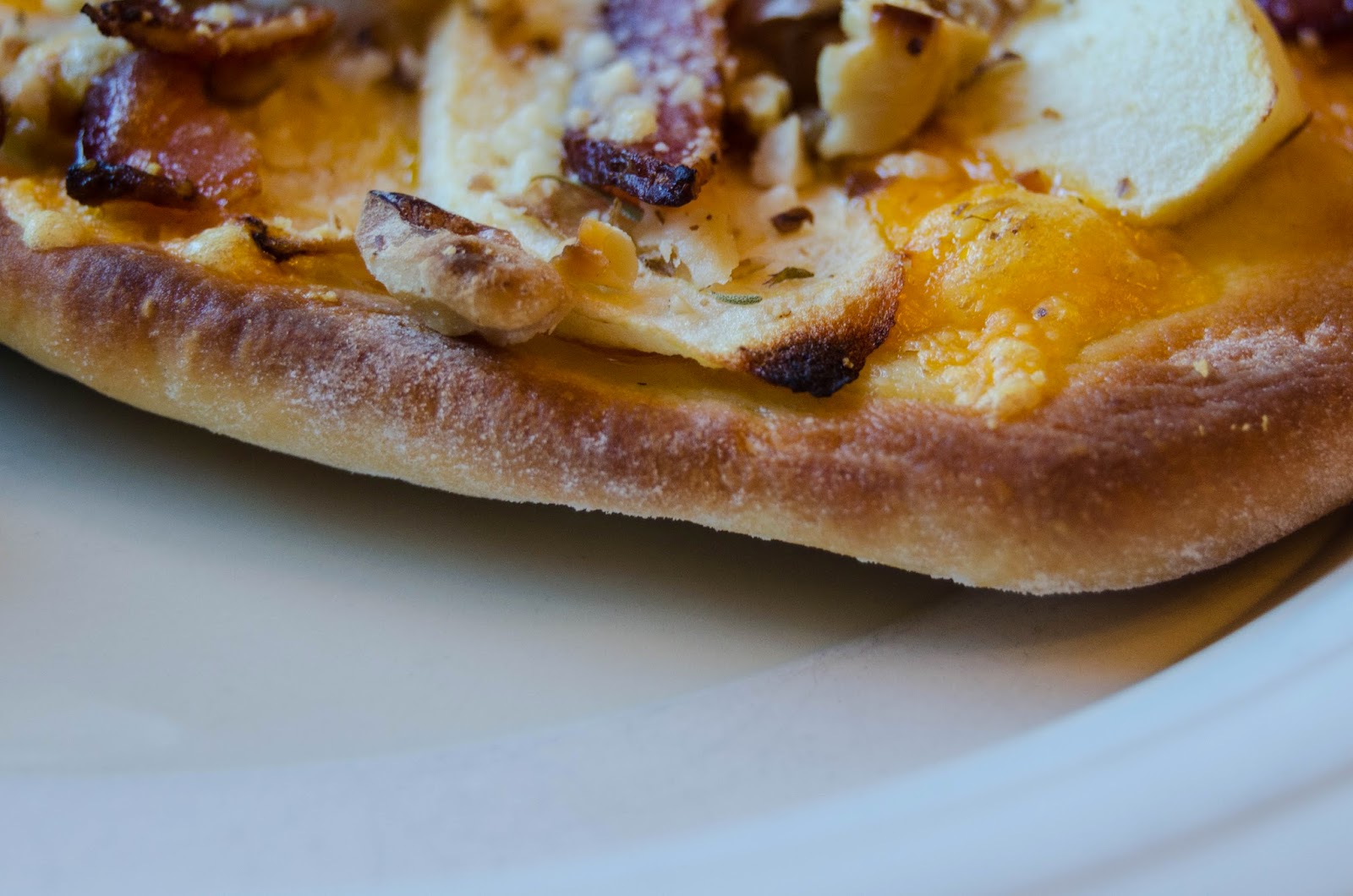 I used them as a base for a dinner sandwich:  cheddar cheese, thinly sliced apples, toasted walnuts, thyme, bacon, and Parmesan.  Delicious, especially the last bites of crispy crust.  When I ate that crust, I could really tell that this was a variation of Rose's pizza crust recipe, which we'll get to eventually.  At one bread a month, it's going to take us a long time to get through this cookbook, but I guess we're not in any hurry. 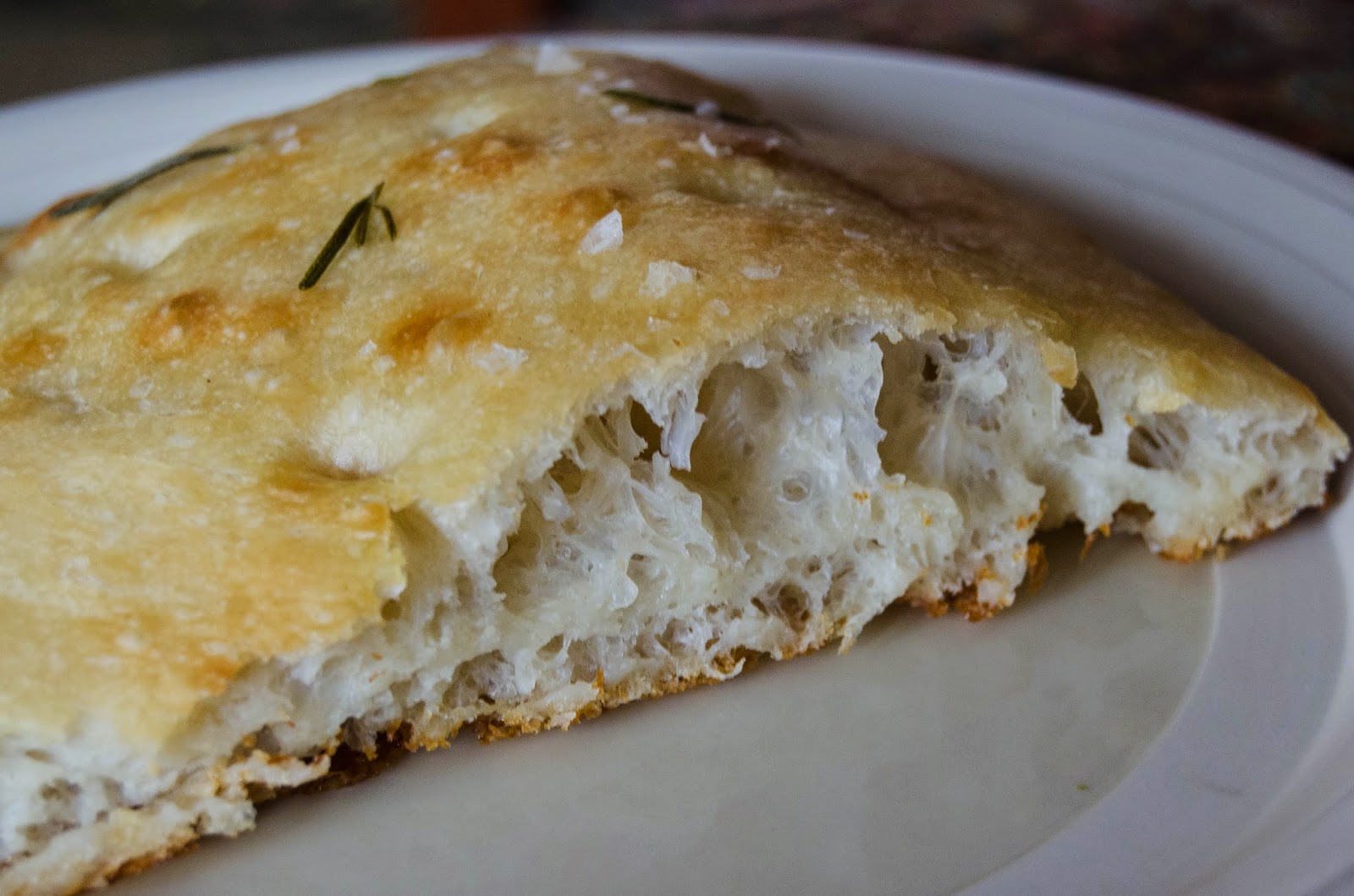 It's hard to understand how I could have such fond memories of the biggest baking disaster of my life--this very same beautiful rosemary focaccia, the first bread I made from The Bread Bible, and one that almost led to the death of my nascent bread-baking hobby.

Those who have known me for a while know this story already, so feel free to skip through it.  I got The Bread Bible for Christmas in 2005 and decided I would bake all the recipes in a year.  I got a new KitchenAid mixer and started in.  You know the part of the recipe where it says it will take 20 minutes of steady beating to turn into dough?  Well, I mixed and mixed, and it never did.  After 40 minutes, I gave up, and stuck the runny mess into the oven, after which it became a mass of gummy cardboard.  I sent off an indignant email to Rose, never expecting to hear from her, but in less than a half hour, she sent me a kind email telling me that lots of people had trouble with this bread, but it really was fantastic if it worked.  Only after my second failed attempt, when a clever blog reader noticed a picture showing me using the dough hook instead of the paddle attachment did I realize that the fault was not in Rose's recipe, or even in the stars, but in me and my apparent inability to read.

The bread works when you use the paddle attachment.

In fact, it's really fun to make because it goes from this.... 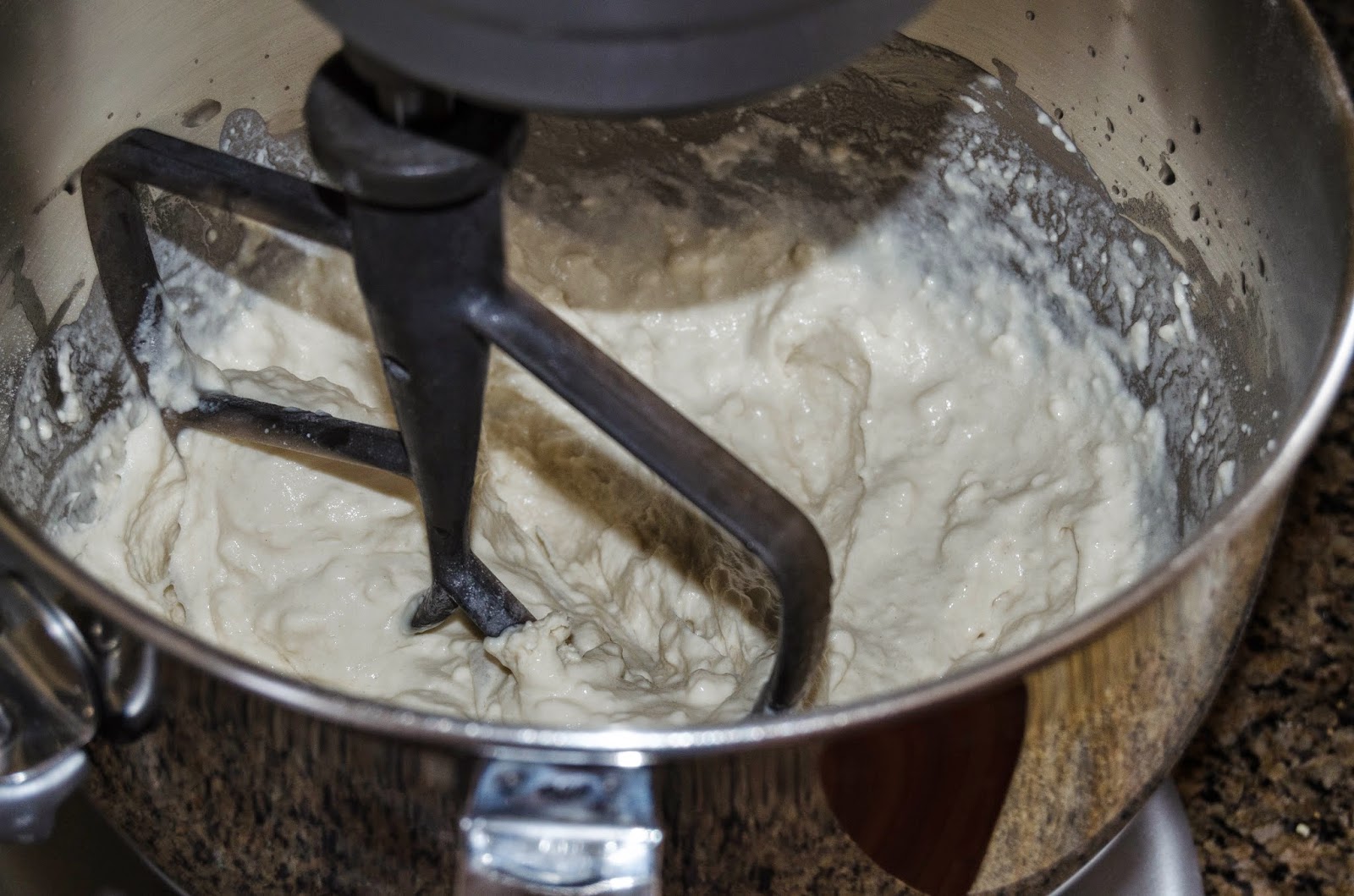 To this....  Look at that gluten developing!  You know it's going to work now. 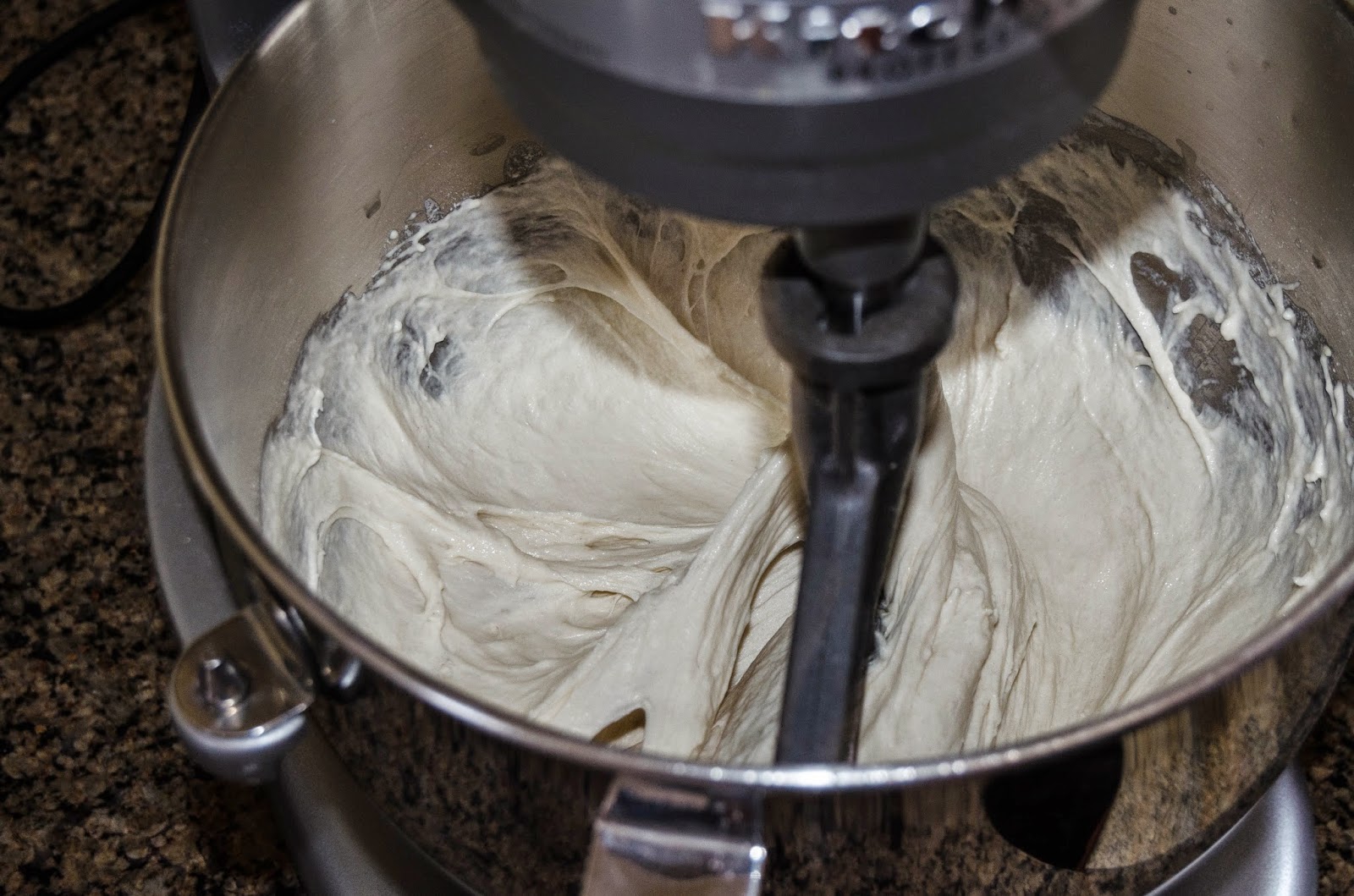 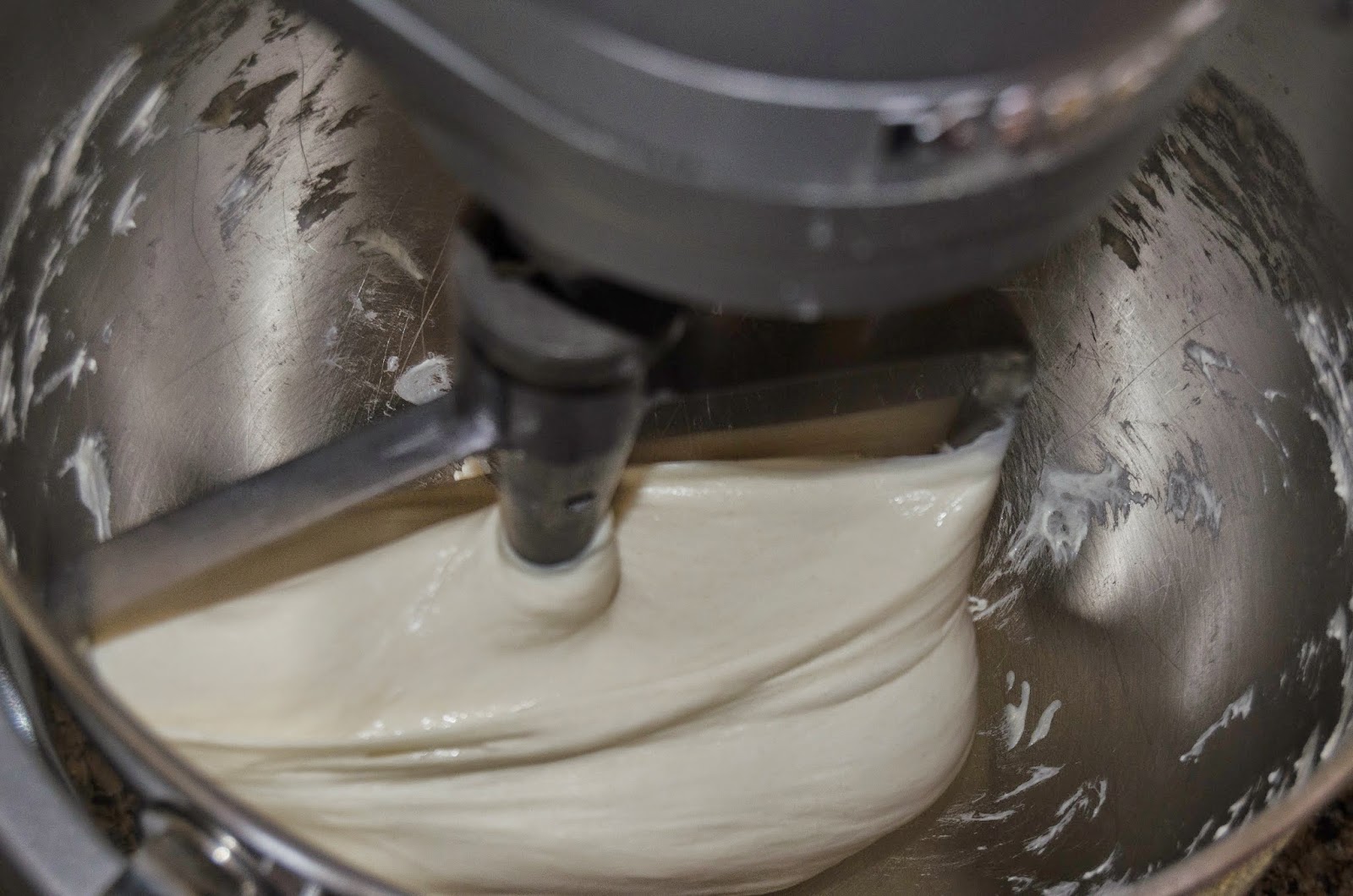 This dough is so aesthetically pleasing, and so wonderfully tactile.  At some points you almost think it doesn't even matter how it turns out, because it's so fun to work with. 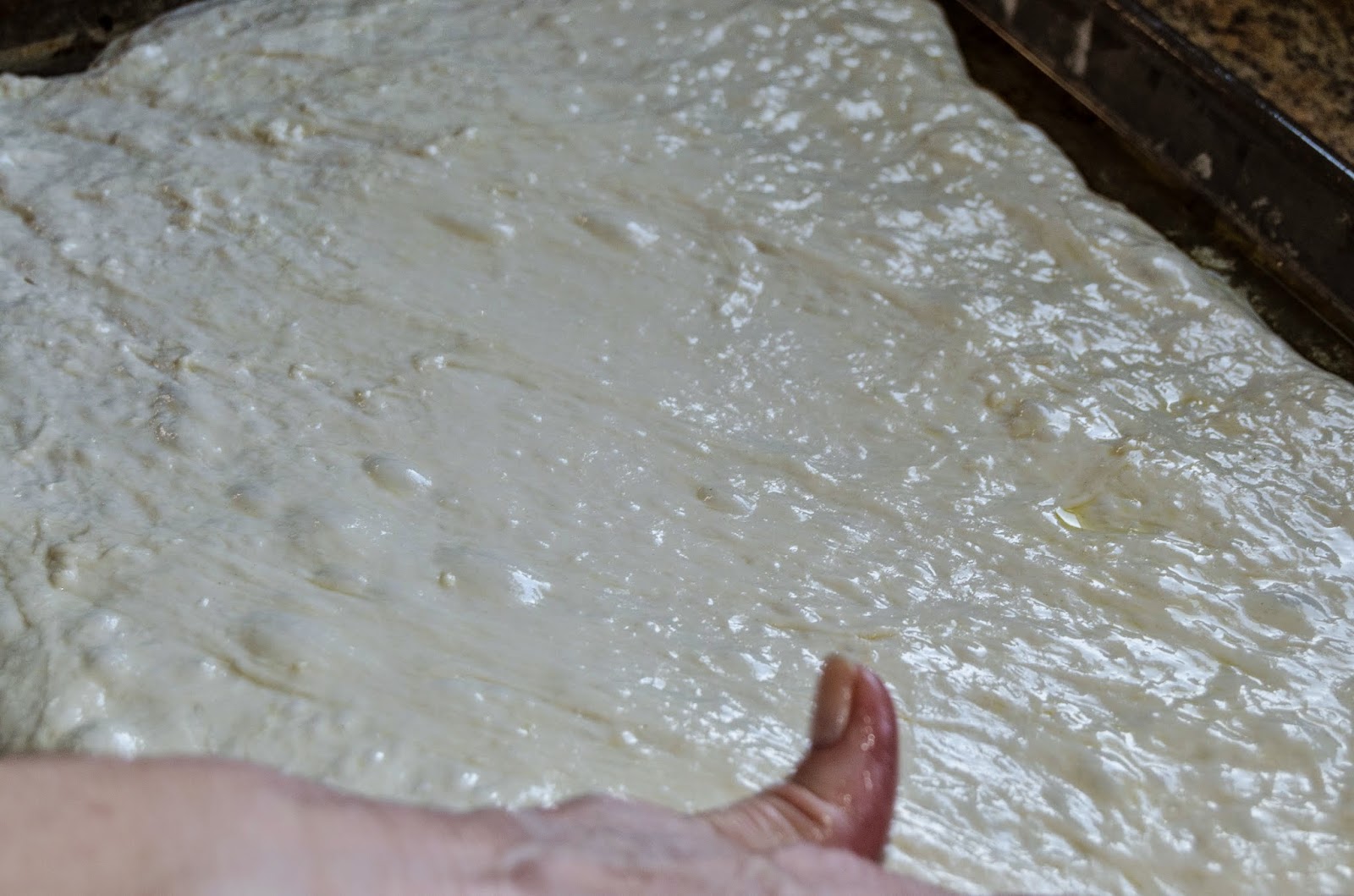 The dough rose with gusto the first time (it was in my proofer at 78 degrees).  The pan didn't fit in the proofer, so it rose - very slowly - in my cold kitchen for the second rise.  After a while, I decided it had been out long enough and I would rely on oven spring for the rest. 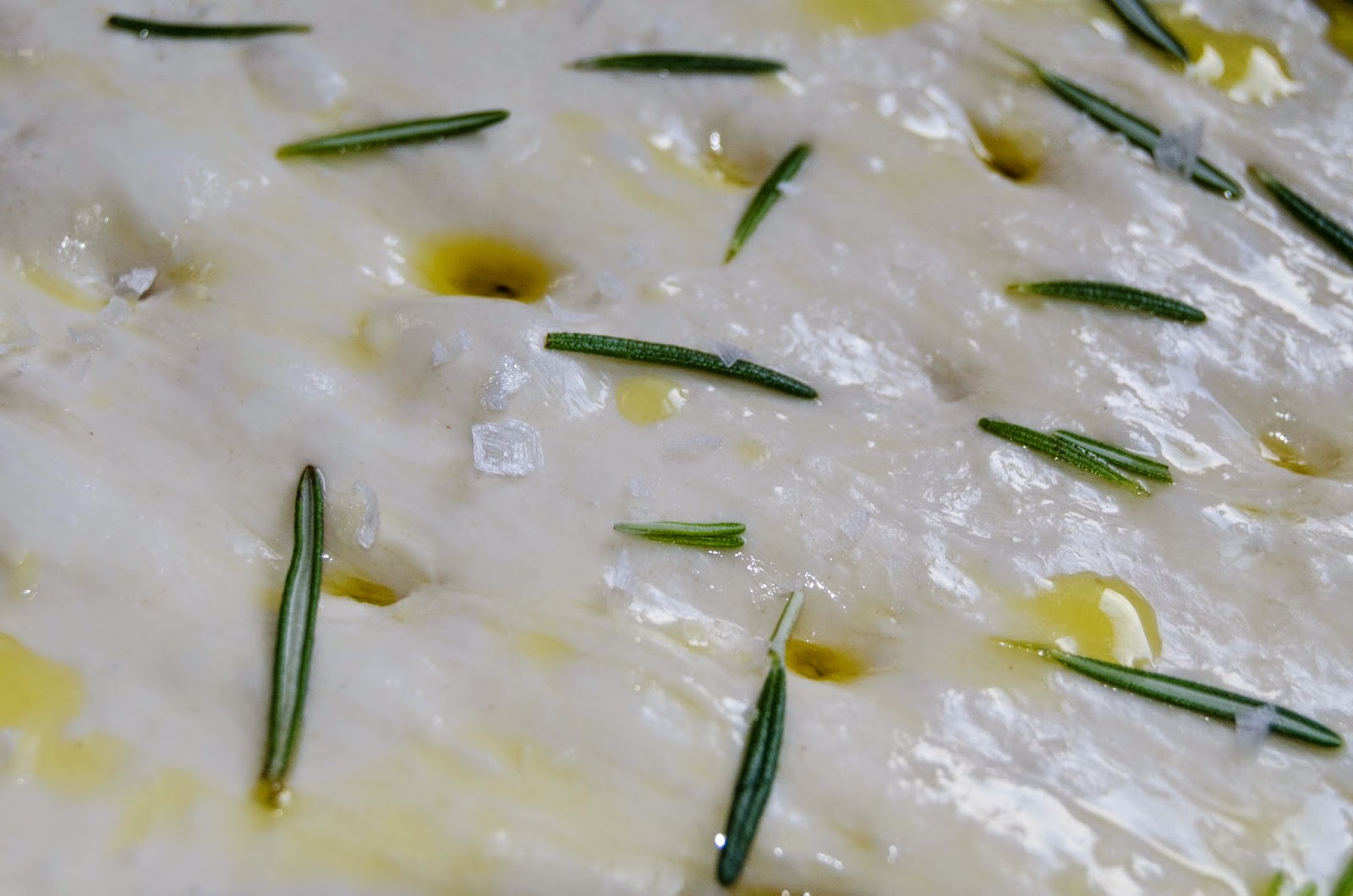 I dimpled it, tore off fresh rosemary leaves, and sprinkled Maldon sea salt all over.  Back in the day, I didn't have Maldon sea salt.  Don't you sometimes marvel at all the food that you use routinely now and had never heard of 20 or 30 years ago?  Maldon sea salt is one; actually, focaccia is another. Probably some of you young people never had to undergo a life without focaccia, but I did.  And I also walked 5 miles to school. 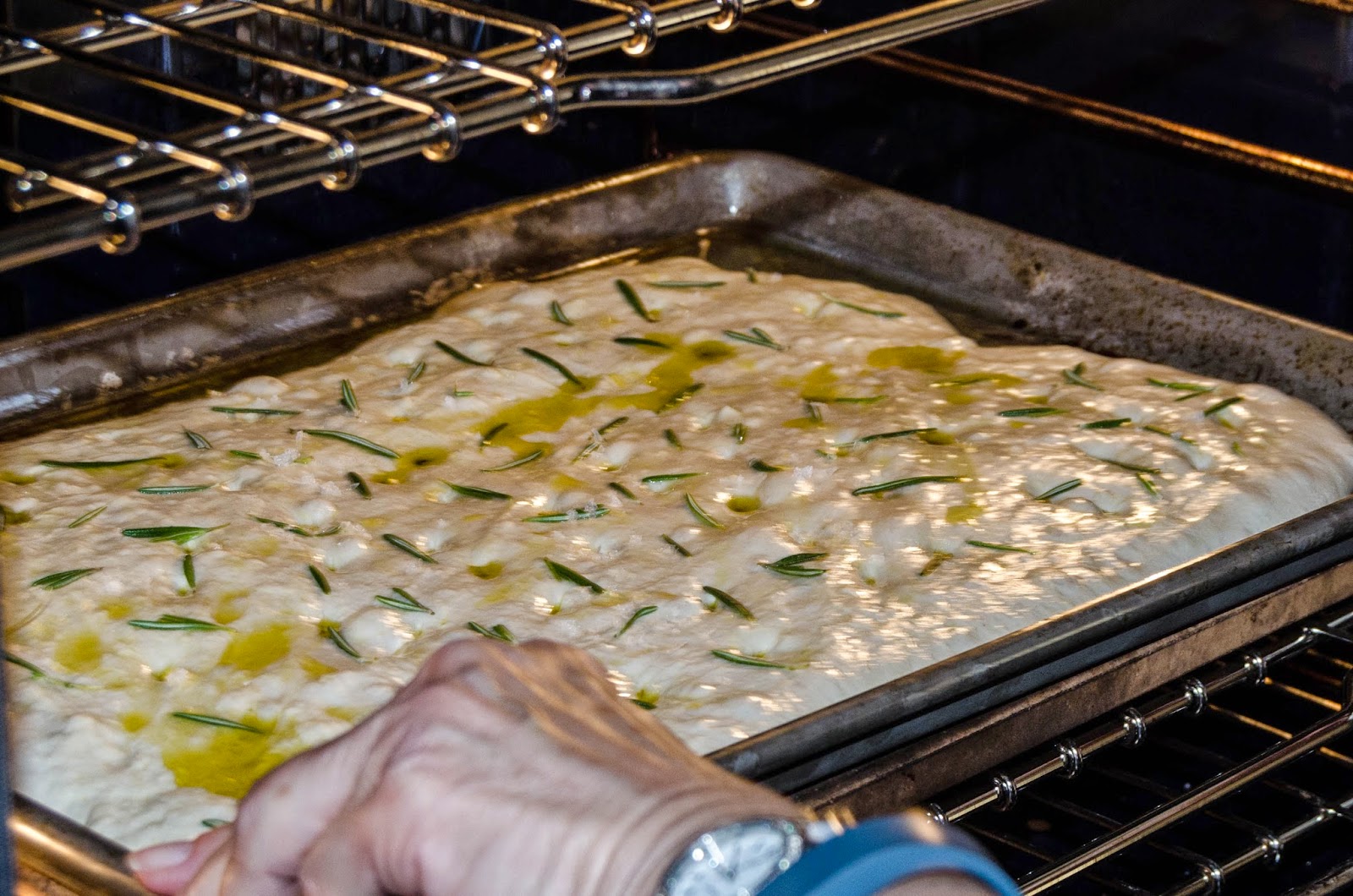 It took a little, but not much, longer than 13 minutes to reach a stage of golden brownness.  I wish I'd thought to poach the garlic and do that variation because it's delicious.  I also wish I'd used a bit more rosemary because it dried and shrunk in the oven. 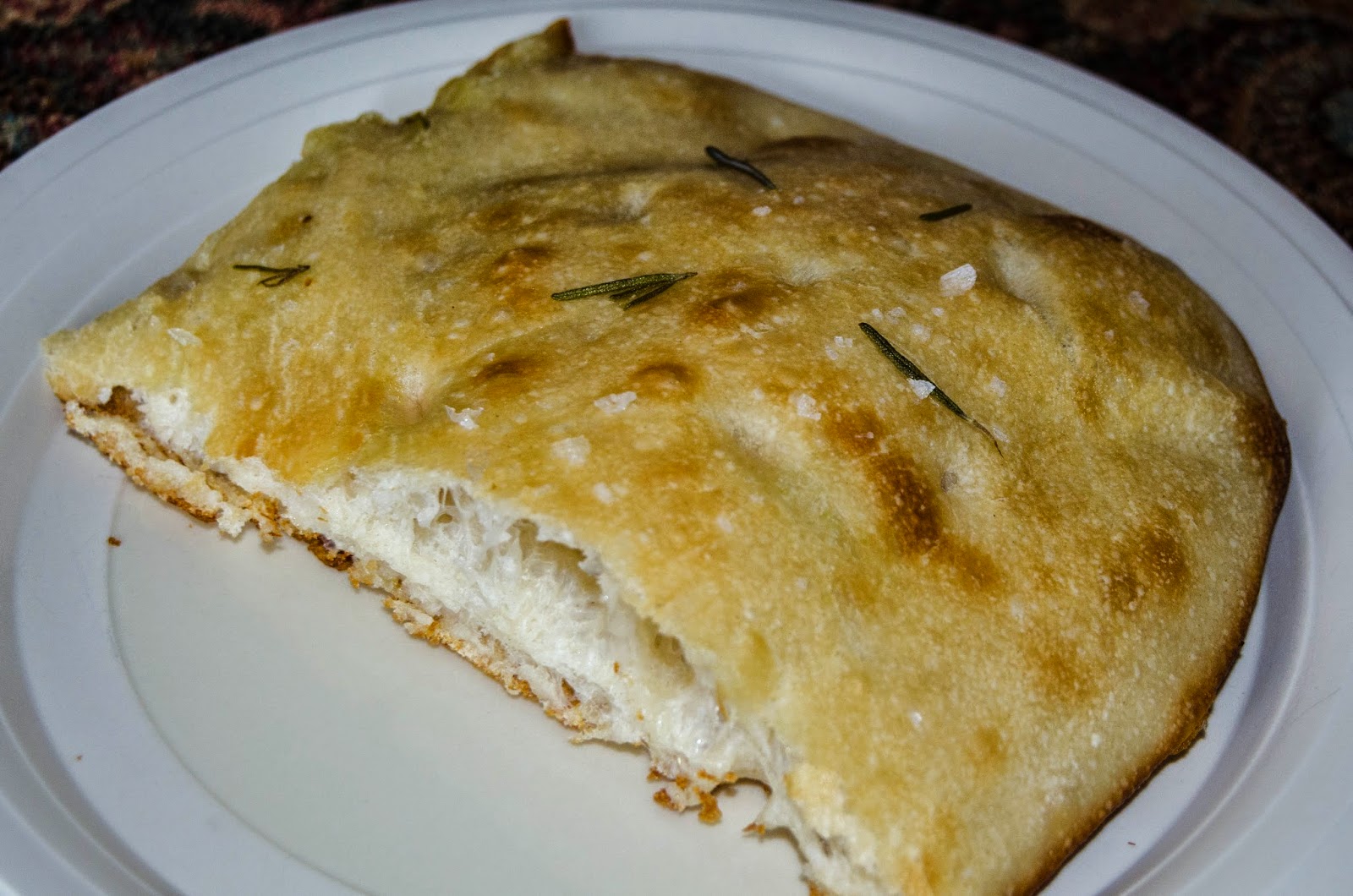 Otherwise, I have no complaints.  As I look through the cookbook, I can't believe that I made every bread in the book in just one year.  But I'm glad we're going at a slower rate this time.