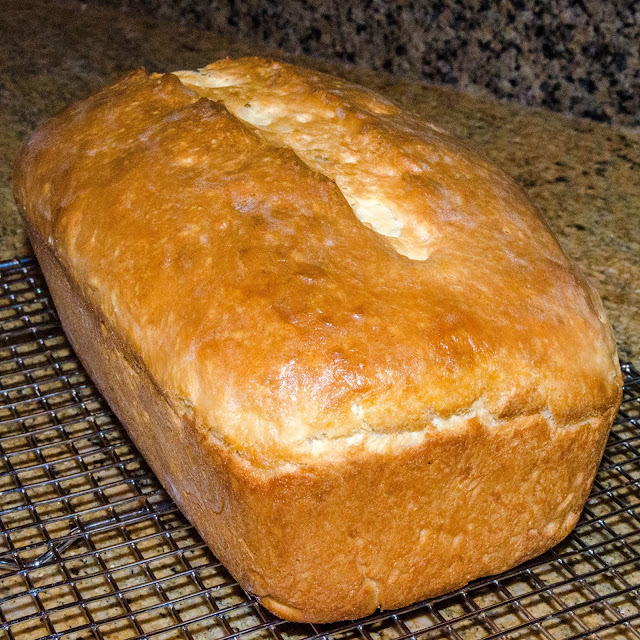 I love this bread as much as I did the first and second times I made it, so I think I can safely say that it's a loaf that you'll want to keep in your repertoire.  This time, I noticed that it tasted a little bit like corn, but I really think that must be some kind of trompe l'oeil effect.  With the yellow color and slightly grainy texture, it looks slightly cornbread-ish, but there are no corn or corn-related ingredients in it.  The yellow is from butter and egg.  The soft but somewhat granular texture is perhaps attributable to the ricotta, although I can't support that theory with any actual information. 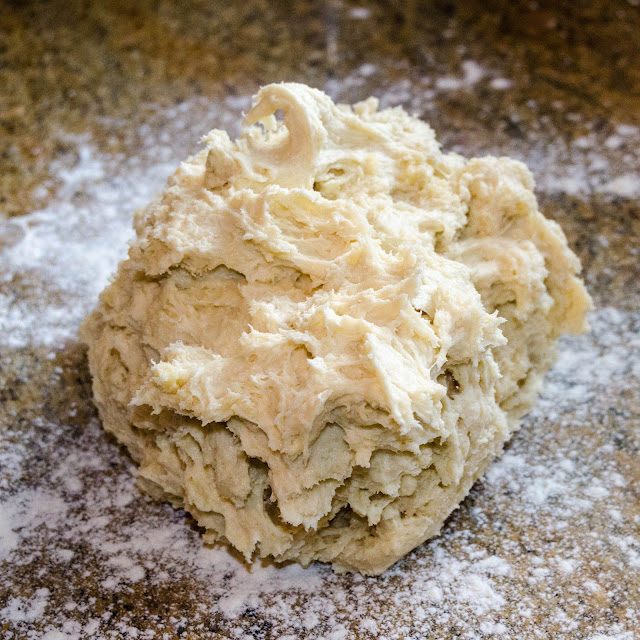 I may have destroyed my food processor with this bread.  If so, it will at least have died for a good cause.  The butter wasn't soft enough, which I didn't realize until the processor started groaning.  There were still big unincorporated pieces of the butter when the groan turned to a wheeze, and I decided it was time to take it out. 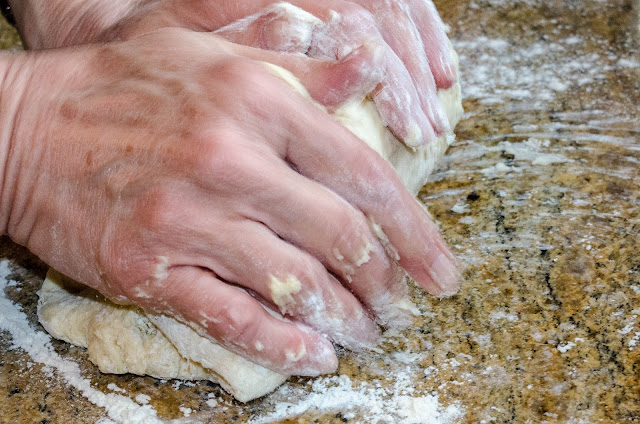 I kneaded it by hands for a few minutes until all the butter was mixed in and a little more flour was incorporated.  It turned into a soft and only slightly sticky dough. 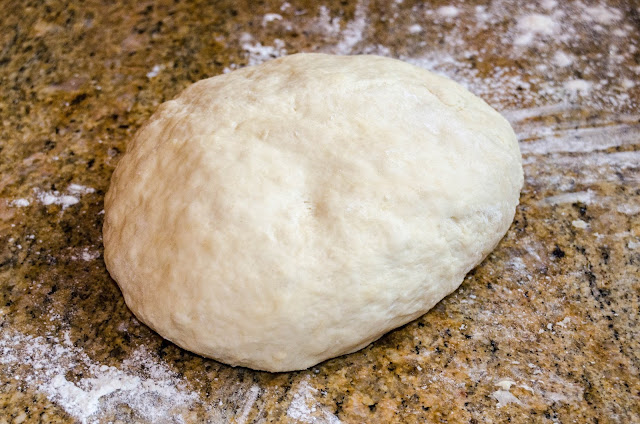 The rest was easy enough--so easy that Jim missed shots of the shaped dough going into the loaf pan, as well as shots of me slashing the bread.  I actually think he may not like being in the same room with me when I'm armed with the bread slasher. 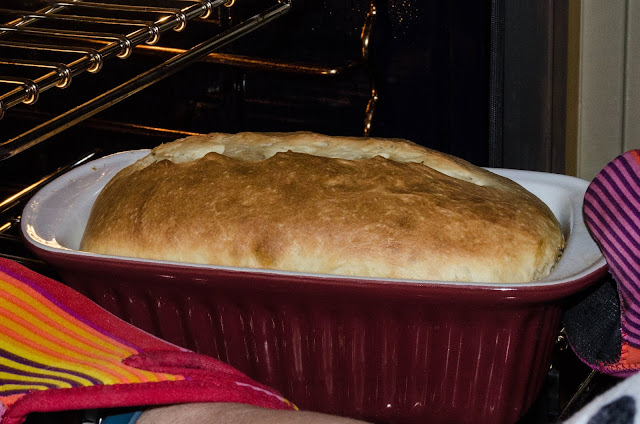 It was done after 35 minutes.  I didn't bother to take its temperature because the "thwonk" it makes when it's done is pretty reliable.  At least I've never burned a loaf of bread (although I suppose there's always a first time). 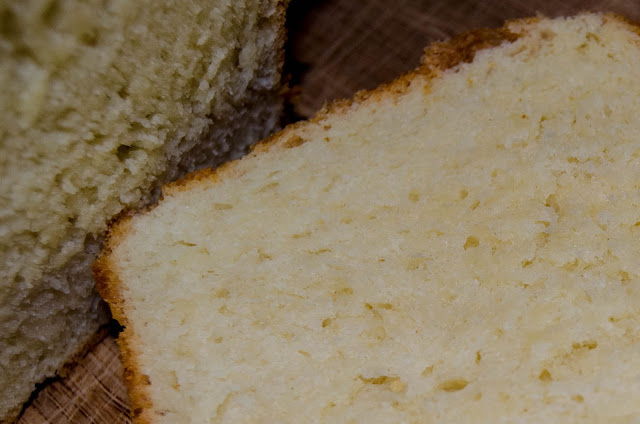 The last time I made this bread I must have been on a healthy foods kick because I forewent the optional melted butter wash (why would I do that?), and I ate my first slice with lemon curd, trying to pass it off as a fruit.  This time I slathered it with butter, both melted and room temperature.  My new motto is, "When you're 70, you can do whatever you want to."  This motto is no good until you're actually 70.
Posted by Unknown at 4:54 PM 6 comments: