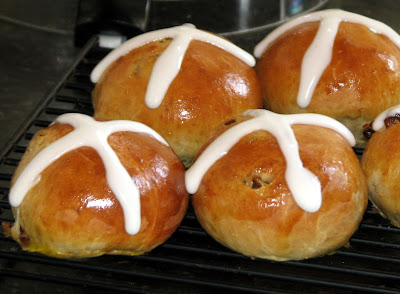 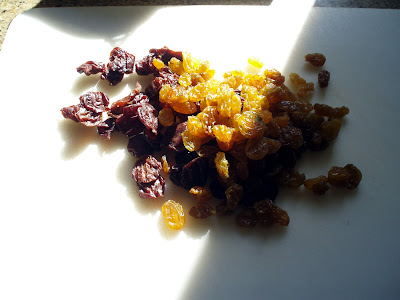 This recipe, from simplyrecipes.com, is a nice one. Since I don't have another one to compare it to, except for the store-bought ones, I can't say it's the best ever, but it's good and quite easy. It calls for 3/4 cup of currants. My grocery store was out of currants, possibly because everyone else in the neighborhood has baked hot cross buns for Good Friday, when you're supposed to make them, so I substituted a mixture of golden raisins and dried cherries. That may actually have been an improvement on the all-currant rendition. 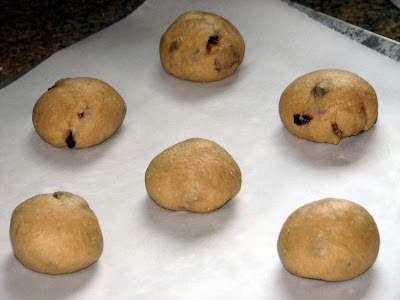 The dough is simply left to rise for a few hours. It's then divided into 16 pieces (each weighing in at about 60 grams), and shaped into round rolls. I love doing this shaping. If you put them in a baking pan about a half-inch apart, they'll join together while rising and baking, and will look like the rolls I see in grocery stores. But I like to let them keep their shape.
If you want a roll with a shiny crust, and why wouldn't you, you'll brush them with a mixture of an egg and a tablespoon of milk. 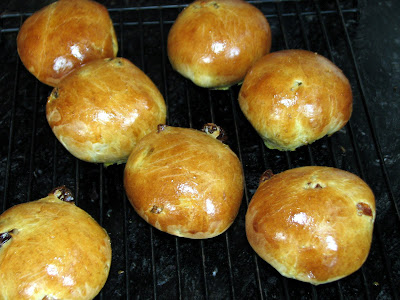 You can also cut a cross into the roll with your trusty slasher. 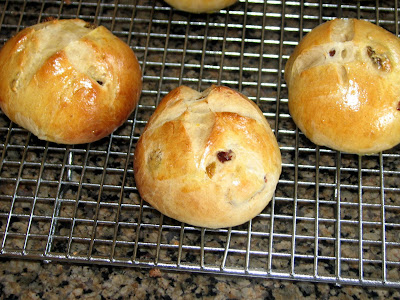 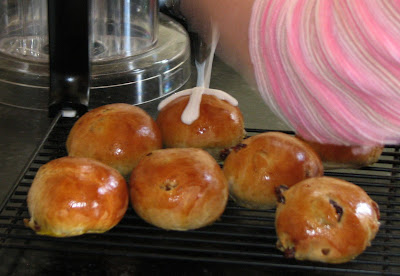 Those of you who read my cake blog may notice how casually I used the words "pipe the frosting." It was only last week when I was hyperventilating at the thought of piping. Now suddenly it's second nature to me now. Like breathing out and breathing in. 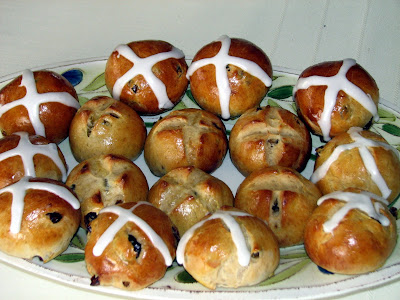 I ended up with a combination of frosted and unfrosted hot cross buns, although none of them were hot, and if they had been, the frosting would have melted off the buns. The other dinner guests scoffed at the non-frosted variety, but I preferred them. The rolls, with the two kinds of fruit and the combination of cinnamon, cardamom, and nutmeg, hardly needed any more flavor and were sweet enough without the icing. But then I used to scrape the frosting off my birthday cake and give it to my dog.
Posted by Marie at 9:00 PM 9 comments: