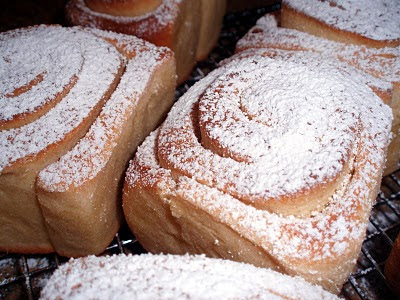 On a recent visit to Puerto Rico, I tried a little powdered-sugar dusted roll called pan de mallorca at the hotel dining room. It wasn't very good, but I didn't want to let that fact stand in the way of further exploration--after all, the hotel bagels were bland and the hotel croissants were soggy.

I discovered that some of the best mallorcas were supposed to be found at a little restaurant called La Bombonera, where they serve them filled with ham and cheese. So we made a little trek to Old San Juan, and found La Bombonera. I ordered fresh orange juice and a La Bombonera Special, which I assumed would be a ham and cheese mallorca (or majorca, I've seen both spellings). Alas, it was not. It was more like a club sandwich with ham, cheese, and egg. Pretty good, but not what I was looking for.

So when I got home, I searched out a recipe. Of course, the recipes are all different, and how am I going to know an authentic recipe when I see one? All I knew is that I didn't want one that tasted like the bad hotel version, and I wanted to use it for a hot ham and cheese sandwich.

I settled on this recipe, from seriouseats.com, an adaptation from A Taste of Puerto Rico, by Yvonne Ortiz. It's a super-easy dough to mix up, especially if you have extra egg yolks on hand, which I did since I made an angel-food cake last weekend. 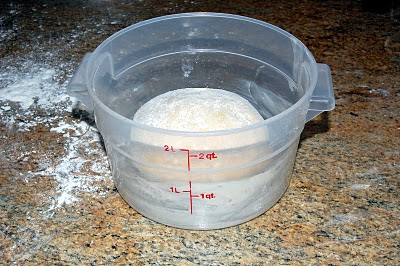 It's a rich, slightly sweet dough, with melted better, egg yolks, milk, flour, sugar, and yeast. After its first rising, you shape it into a rectangle. 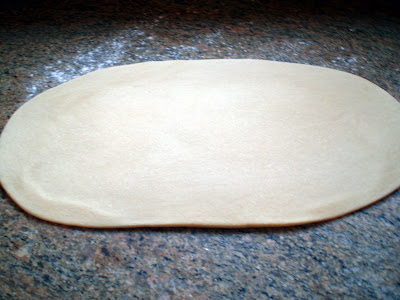 But this is when I started having doubts about whether I'd searched long enough for the recipe. You brush melted butter on the dough and roll it up. Nothing wrong with that concept, but the mallorcas I'd seen in Puerto Rico didn't look like a cinnamon-less cinnamon roll. They were flatter in shape, with a little knot on top. 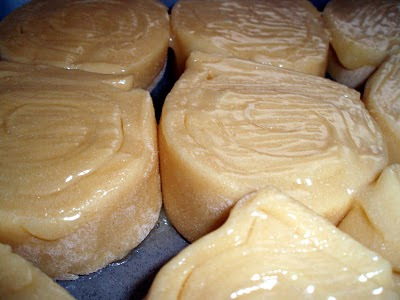 These just weren't going to turn out like that. The recipe also said to put them in a 9-inch square baking pan. I could see that this wasn't going to give them much room to spread, but I did it anyway. I should have listened to my better judgment. The problem is that one's better judgment isn't always right. I figure there's only about a 50-50 chance, so I might as well give the directions a chance. Also, if there's blame to be placed, I'd just as soon blame somebody else's recipe than my better judgment. 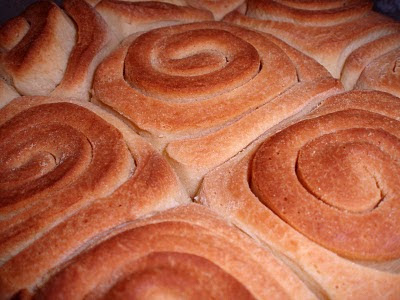 I wanted a flat, slightly rounded roll, but this is what I got. Why didn't I spend more time in Puerto Rico stopping in at bakeries and sampling various mallorcas? I had a perfect opportunity to do scientific testing, and I squandered it. I can see I'm going to have to return--not for fun this time. Just for experimentation. 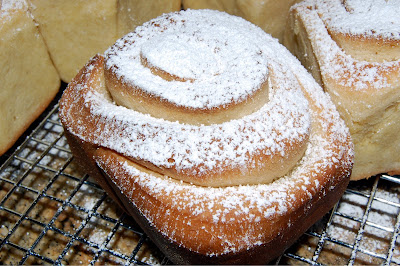 The first taste test was eating one plain--no butter, no sugar, no jam. no ham. Pretty good. I might have baked them just a few minutes too long. The outside was a little crisp, and I don't think it's supposed to be. (I'll have to check on that aspect in my taste-testing journey). Not too sweet, not too soft. I like it.

Next taste test (which I completely forgot to photograph): the savory ham-and-cheese mallorca. I got out my super-cheap Target panini maker for its debut run. Let me say that mallorcas and panini makers are not a match made in heaven. The rolls are too high to get nicely scrunched, but they did get browned and the cheese (almost) melted. Not bad. You would think the powdered sugar and ham would not like each other, but, surprisingly, they're quite happy together. And so was the cheese. (The Puerto Ricans used Swiss or American; I used provolone. The provolone was a better choice, I think).

Despite these not being my dream mallorcas, I liked them well enough that I'd like to experiment with different recipes. But maybe that will wait until I go back to Puerto Rico to walk up and down the streets looking for the perfect mallorca. Oh, the sacrifices I make.
Posted by Marie at 9:46 PM 12 comments: