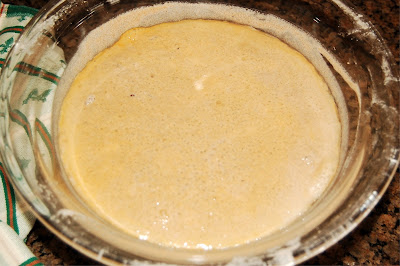 After another day, the mixture is less brown and more bubbly. Both of these traits are satisfying, since the brownness really did not look appetizing. The bubbliness assured me that things were working as they should be. 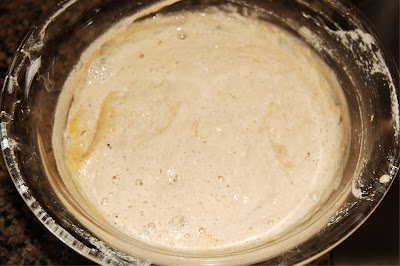 This picture was taken after I stirred up the goop. It felt satisfyingly thick and full of activity. 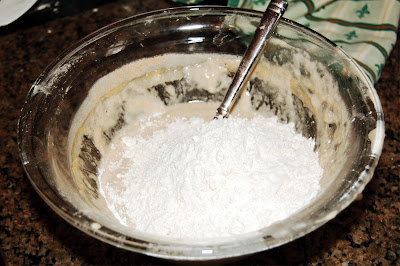 This is the part that bothers my thrifty (sometimes) soul. You have to dump out almost all of the active goop, and add more flour and water. By the time I'm ready to make bread, I figure I'll have thrown away about 10 pounds of flour. Since there's very little actual bread-making activity going on around here, perhaps you'd like some random information about sourdough. (Robertson doesn't like to call it sourdough because he doesn't like sour bread, and bread made with "sourdough starter" doesn't have to taste sour. He just calls it a starter, or a "leaven.") If you want to Frenchify it, you could call it "levain." It's not really yeastless. The starter works because it captures wild yeast that's floating around in the air. Everywhere. Yes, in your house too. Rumor has it that you can speed up the sourdough process by spitting into the mixture. I swear that I didn't do that.
Posted by Marie at 10:17 AM 5 comments:

Nothing much has happened on day 2, except the color is browning and unappetizing. At this point, I guess you take it on faith.
Posted by Marie at 11:31 AM 3 comments:

I have not been quite as lazy as the time between posts might lead you to suspect. I have made breads, but they've all been repeats of breads that I've already written about. Also, my younger daughter gave birth in August to my first grandchild, and Jim and I are taking care of him until his coveted slot in infant daycare opens up. Meanwhile, I've been staring at this book cover, telling myself I really should start this bread: 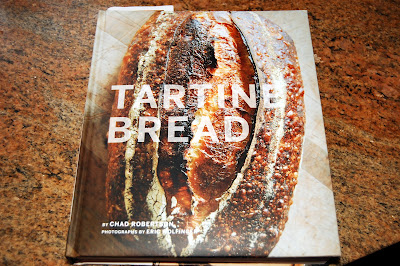 It's been nearly two years since I got Tartine Bread for Christmas. In the intervening months, I've started reading it probably a few dozen times, and always felt rather dispirited about the time and effort it was going to take to get going with the bread. Every time I read the first chapter, about Chad Robertson's quest for the perfect bread, I'm amazed at how much time and energy he spent looking for ways to blend the most mundane ingredients--flour, salt, and water--into a thing of beauty. He traveled from Northern California to Provence to the French Alps to Bourdeaux back to the northern California countryside, and finally to San Francisco, where he opened his now-famed bakery. His book, he says, is a "baking guidebook to get you where you want to go." I'm not sure where I want to go, but I've now taken the first step." 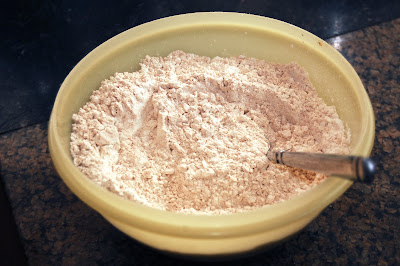 My first step is mixing a goop made of bread flour, whole wheat flour, and water. And there it will stay for a few more days until bubbles form around the sides and on the surface. We'll see. 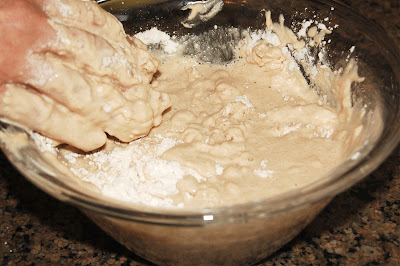